Originally written for SFX website in 2011. Absolutely from the heart. I feel EXACTLY the same way now about Mr D, except hornier. I'm just saying. 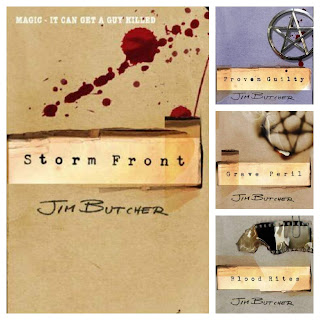 I can’t be the only one surely, who feels a frission of attraction? I mean, you spend hours and hours intimately wrapped up with someone, and they have the amazing ability to hold your attention for that entire time, it would be unnatural not to care what happens to them wouldn’t it?

Every decision they make resonants with you, every dangerous adventure, thrills and scares you. You can’t help feeling a slight jealousy when they want to spend time with another woman, even if you can appreciate why and indeed the woman in question.

You care about his friends and family and even his pets because he cares. You feel pain when he does, you recognise those emotions in his face and in his mannerisms, you know him as well as you know yourself.  And because you do then you can sometimes see the pitfalls approaching well before he does and are utterly unable to warn him or prevent him from falling. And admit it, go on be honest with yourself, you despicable creature, you love it. You love to see him in danger so that you can watch him battle his way out of it; because that is when he is most alive, thriving in the battle, fighting is what he does best.

His enemies are your enemies as much as his friends are your friends and if you can’t fight those enemies or protect those friends yourself then you can live vicariously through him, feeling his defeats and revelling in his victories in a most satisfactory and less bloody way.

On a more superficial level, he is HAWT! Six foot four of lanky, skinny man, with tousled, curly black hair and a twinkle in his eye, and a floor length black leather coat…and a big staff.

Yes, I am very aware that Harry Dresden is fictional, what’s your point? 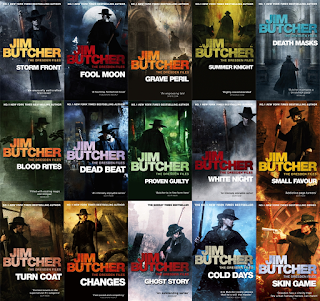