July 18, 2012
It's been an age since I posted. I have had a few SFX blogs go up as well as a few podcasts since the last time I blogged and the links shall be in the usual places since I can't be bothered to look them up. I am going to attempt to blog more often but this means there will be more random guffins, probably some knitting as well as comicsy/geeky stuff. I make no apologies about this at all.

My youngest daughter had the "dire rear" as Nanny Ogg would call it really quite nastily at the weekend - so we were stuck in all day Saturday. She wanted to watch She-ra whilst lying on her bed - which I thought was fair enough, so I signed up for a month's free trial of Netflix and watched a few episodes of The Killing which I am enjoying very much - although it is occasionally hard viewing.  Me and the other half watched a couple of films later on, we watched Manhattan Murder Mystery which is a Woody Allen movie, I really enjoyed this film non the least because I have a) a bit of a girl crush on Diane Keaton and b) cos I have a massive crush on Alan Alda. Ah Alan, how I lust you- let me count the ways. 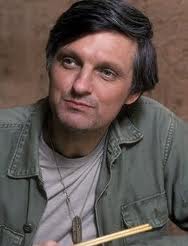 Anyhoo, very funny film. The next night we watched High Fidelity, I hadn't seen this film before and really loved this film too. My lovely A Man, was looking at me with much smooshyness as we discussed the films and I could tell he was all filled with love and admiration because I liked the funny, quirky, clever movies of the type he adores. So I mocked him -as is my way, I was like, "yeah yeah, I'm not totally thick you know, I understand the subtleties and storytelling techniques. I don't know why you're so surprised." so he says, looking at me over the top of his glasses,"what was your first choice of movie tonight my love?" I looked over the top of my glasses right back at him as I confessed..."Crank 2." 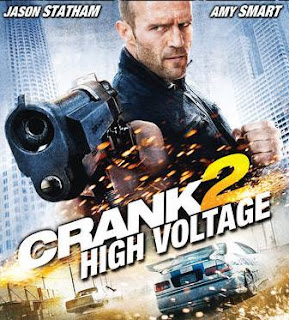