October 17, 2011
So my lovely friend at work who knows I'm a big Strictly O' Holic asked if I fancied writing a bit of a report type thing each week after the show. I enjoyed writing it so much I decided to stick it on my blog - knowing probably only Lovely Lee, Delicious Iz and Beautiful Bevis are likely to read it but hey, it's my blog innit! So here we go: 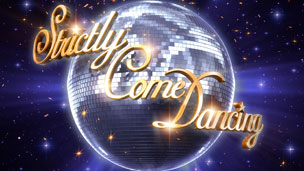 Opening Number: - Eh? Is this it? But...But its Broadway, they could do anything! Who’s the choreographer, let’s find out so I can punch them!
Intro: - Once again I fail to listen to what the old bugger and the plastic lady are saying as I stare and stare at Barbie Tess’ face, there’s definitely been work done.  Oooh and now the parade of outfits at the beginning, I like this part! The A Man thinks Nancy looks HAWT, he drools a bit. I think Brendan looks HAWT, I am too classy to drool!  I think the SCD bods have seriously missed a trick on the red button commentary malarkey; they could have had The Winkleman and The Winkler! Man I would’ve paid money (not really) for that!

4) Alex and James - Vienese Waltz
Alex has found some grace; she looks absolutely stunning and so graceful, if a bit stiff in theface. Very simple but lovely routine.
My score= 7, Judges score= 8,8,8,8

5)      Rory and Erin – Quickstep
Who knew Lionel Blair was still ganning like? Well ya bugger! Really nice Hollywoody feel to this dance, I think Rory is doing well, and by the way was totally robbed last week – he should’ve got an 8 just for his shimmy. That was the best male celeb shimmy since Mark whatsisface the cricketer dude – fact!

My score= 7 Judges score= 7,8,8,8
6)      Lulu and Brendan – Rumba
Bah stupid cape covering Brendan’s lovely posterior, I disapprove, erm, yes, anyway, very nice and floaty, Lulu looks amazing, enjoyed this. I heart Brendan though think he shouldn’t be allowed to talk as it spoils him. My mother thinks exactly this about David Beckham, I think maybe we are bad people!

My score= 7 Judges score= 5,7,7,7
7)      Nancy and Anton – Tango
The A Man becaume suddenly very interested in the dancing, put’s the laptop down and everything. I would complain but well, see 6).  I have to say, Anton is rocking that hat, I really liked this, I find these two a hilarious double act, and her actual dancing is better this week. Am I the only one who thinks she looks like the cougar type lady from Dirty Dancing? 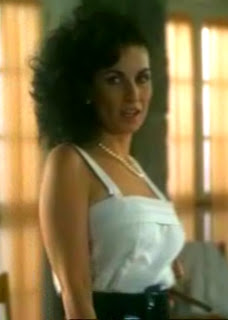 8)      Audley and Natalie – Quickstep
Natalie always does interesting choreography and you can see she’s tried to play to his strengths. I liked this, bit of comedy, bit o fancy footwork.  Not outstanding but perfectly nice. I approve.
My score = 7 Judges Score= 5,6,6,7

9)      Robbie and Ola- Tango                                                                                                                  ROBBIE FOR THE WIN, yes, yes, ok, I have Robbie in my works Sweepstake – shuddup!  What was up with the camera work in this dance, missed most of it in the stupid swooping and close-ups! I hate that! Really liked Robbies grrrrr man face think he had the Tango character really well. Not quite as good as last week but still pretty fab actually.
My score= 7 Judges score= 7,7,8,8,
10)   Russell and Flavia- Foxtrot
Russell has brought out the best in Flavia, making her likeable for the first time for me. He’s so sweet and funny and adorable and loving the dancing so much that you can’t really do anything but appreciate the comedy, camp genius. The dancing is a bit, well, crap but it really doesn’t matter at all.
My score = 6 Judges score = 6,7,7,8
11)   Jason and Kristina- Tango
(brief note before dancing commences, A Man has now laughed at two of Bruce’s “jokes” he has been warned there is a three strike and you’re out policy now implemented as well as my scorn and general disappointment in him. You let me down honey!)     Ok, this dance, highlight of the whole series so far!  I loved every bloody second of this, the campest, bestest Tango ever. Jason singing parts of it and his grrrrrrr tango face can just not be beaten.  Kudos to Kristina for very clever and hilarious choreography and for keeping a straight face herself throughout. MARVELLOUS!
My score= 9 Judges score= 9,9,9,9
12)   Chelsea and Pasha – Cha Cha Cha
Firstly Bruce’s “wicked” jokes made me want to head butt the old git, I feel he presents a justifiable case for enforced retirement and for bringing in The Winkleman. I love The Winkleman probably a bit too much! Ok, dance, it was really good, tons of actual content and complicated and interesting choreography. I love Pasha and really think they are both doing well and not really getting good feedback, making Chelsea and Pasha the new Matt and Aliona (whose scoring last year INFURIATED me!)
My score= 8 Judges Score= 6,8,8,8,

13)   Harry and Aliona – Jive
Harry WAS Danny Zuko, first time we have seen him properly in character – his absolutely best dance by far, he is also getting that lovely dancers bum, which I think might be due to getting the posture right. I absolutely loved this – Aliona being one of only two pro’s who I think understood the “Broadway” concept. Brilliant way to end the show!    Oooh and Bruno now at his mental best!
My Score= 9 Judges= 8,8,9,8

Overall – The pro dances (including the one on the results show) were the worst performances of the show(s)! Really disappointing.  Holly and Anita were my least favourites.  Jason and Harry my absolute favs, and Robbie and Chelsea I really enjoyed too. I think Dan might be in danger – neither nowt nor summat that dance.

LOSER OF THE WEEK – Bruce! Sorry, no. Dan, awww Dan, I think your pro let you down! Bless ya cotton socks.

Notes – I scored before the judge so wasn’t influenced by them.  Crikey that’s a lot of writing, sorry! J