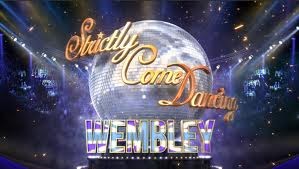 The Opening Number
Wow, Craig as Brian May, acrobats, cheerleaders, Harry and Brendan wearing matching outfits like some sort of personal early Christmas present. This is how you start a show. Fab- u-lous!  Though as soon as the show resumes normal format the terrible echo becomes apparent and will stay for the whole show, a tiny bit off putting in the speaky bits.

Robbie and Ola - Salsa
Robbie’s intro bit had me laughing so much; he is properly lovely and funny. Sadly though this dance was far from his best, such a shame! I am not enjoying Ola’s choreography at all, and the poor bugger got another busted nose! I have to say though, he gives it welly and his facial expressions are brilliant! Don’t want him to go anywhere but think he may actually be in danger after this!
Me- 6    Judges-5, 7, 7, 7 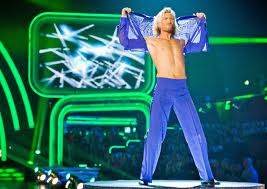 Alex and James – Tango
Urgh, Bruce dancing. Double urgh someone in the audience shouting “c’mon Brucie” Bruce just got a yellow card from me.  It would have been a red but he didn’t do a joke – hurrah!
James is seemingly fond of making Alex dance alone at the beginning, we’ve seen this a few times now so it’s a bit repetitive, aside from that, bloody great. Quite a difficult song to Tango to but they totally nailed it. Loved it, I also really loved her dress, completely lovely.
Me – 9 Judges -8, 9, 9, 9
Holly and Artem – Quickstep
Ok, this is not their best dance at all. Holly is back to looking uncomfortable and slightly ill at ease. Artem is great as he always is. But, they are one of the few couples making best use of the increased space.  But I can’t be the only one wondering how different this dance might have been if she’d danced it with Brendan?
Me – 7   Judges – 7,8,8,8


Anita and Robin – Samba
Ahhh Anita, your smile could light that whole bloody ballroom, but your dance was a bit poo this week. Such a shame, what happened? Not a great dance, though I am sure at one point Robin kisses her nose, which made me melt a little this wasn’t a favourite of mine.  Never mind, I’m sure Len loved it!
Me -6   Judges   6,7,7,7 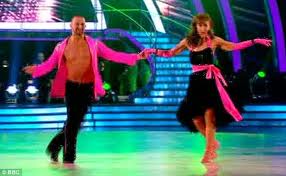 Harry and Aliona – Salsa
I totally loved their Harry met Sally intro, it was very funny! Once again for me the highlight of the show, though Harry’s hips could’ve had slightly more wiggle, it was all in his face and in Aliona’s mesmerizing legs and that flip into splits? My goodness that was brilliant. I love these two, I could watch em all day long!
Me- 9   Judges – 8,8,9,9     * I’m done complaining about Len, he wasn’t too bad this week though so I’ll be the bigger person! :-D  * 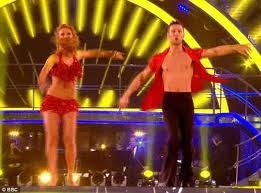 Russell and Flavia – Jive
Well that was a jive apparently! Bless. I have to say; as much as I have loved The Grant I think his time is up. The canon stunt at the beginning didn’t do it for me I’m afraid and the dancing was a bit shoddy. I will miss Strictly Come Panto very much but it’s getting near the final and it’s only fair the best dancers stay in!
Me – 5   Judges 5,6,6,7 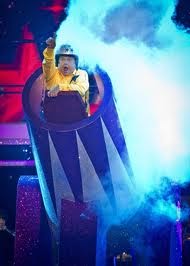 Chelsee and Pasha – Samba
The opening to this dance with Chelsee behind a screen and dancing in silhouette is outstanding. She looks like a pro, they go on to have a few wobbles but it doesn’t matter at all. Full of energy, beautiful shapes and Chelsee singing away! I loved it. Harry and Chelsee remain my top two this week. Love it
Me – 9    Judges 8,9,9,9, 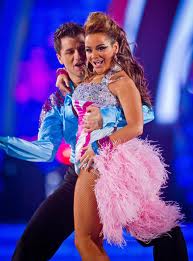 Jason and Kristina – Jive
Awwww, such a shame about that little bit of forgetting the steps! I could have hugged the poor bugger. And naughty, naughty Kristina sticking lifts in! Ooooh the judges do not like that! It was clever 80’s inspired choreography and I really liked the routine – aww well. I’m sure he’ll be fine!
Me – 8     Judges 8,8,9,9 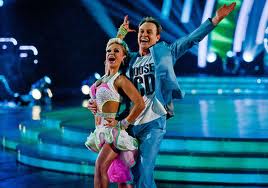 Results show
Opening number is absolutely flipping fantastic, from the boys being the Beatles to Holly in *that* outfit looking jaw dropping to the highlight for me: Craig – I heart you – Revel Horwood giving it full beans on the dance floor (as Alex would say!) this is what’s been missing from the results shows lately. And The Winkleman, I love Winkleman Sundays!
A great show (except that Jesse James J Morrison rubbish – DULL) and a slightly predictable result...awwwwwwww!  Buh bye Mr Grant, we loved you, we salute you. You are a mirror ball star! 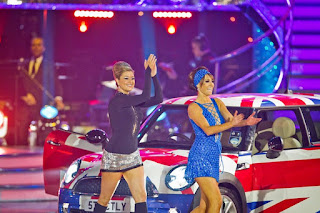