Talk Geeky To Me 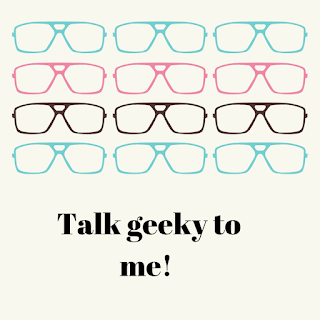 I absolutely love this blog that I wrote for SFX in 2013. I don't like the original title, which was The Passion of the Geek - I dunno what I was thinking, so I 've changed it. I totally can, it's my blog!  This is like every episode of Comic Book Men (have you seen it, I love it, the whole lot is on Prime, defo worth a look) the bit's that I like best anyway - the geek fighting, erm I mean 'discussions' , the standoff's ah yes, the passion!

I stand by everything I say here. Everything. Tala (my then 6 year old) still loves Tom Baker but also fell hard for CaPeter Capaldi as she used to call him, but no longer wants to marry him when she grows up. Probably for the best.

The passion of geeks is an amazing thing; it can be exciting and occasionally demented but stems from a place of love. Generally if you are a geek then you are a little bit obsessive and often in the good way that leads to one of my favourite things about being a geeky person. Arguing with other geeks! Isn’t it brilliant? It lets you show off your (sometimes quite terrifying amounts of) knowledge, it lets your tribe know that you belong and – if the discussion manages to hang on to a sense of humour and doesn’t degenerate into a fight – you might learn something whilst supporting some of your favourite geeky passions.

There are several standard ways to begin the geek argument – If you are new to this here are some good topics to kick you off and if you’re an old hand – warm up those typing fingers and get ready to smack down! 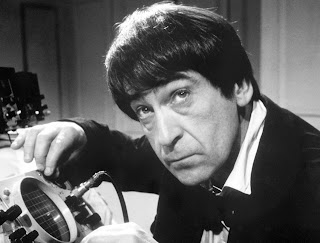 💓1) Who is the best Doctor Who? Now, you may have an opinion on this subject – and let’s face it even my 6 year old has an opinion on this – but unless your answer is Patrick Troughton then I’m afraid you are wrong and here is why: he is perfection from the tip of his ruffled hair to the bottom of his baggy trousers. He gives a really real and believable performance, there’s times when he is obviously quite frightened (see Seeds Of Death whilst banging on the weather control centre’s door) and his quiet moments with his companions are beautiful (Tomb Of The Cybermen – his reflections on how he deals with the death of his family and kindness towards Victoria is very moving) but also his utter joy in the role (see The Three Doctors - he is plainly relishing every second). The fact that I love his craggy face with somewhat of a passion has nothing to do with it at all. This is a totally reasoned argument based on fact and not just me squeeing “but I loooooove him” but I do – fact! (My 6 year olds favourite veers between The Doctor With The Pointy Face and The Doctor With The Curly Hair – I’m training her though!)

💓2) Which is the best series of (insert classic fantasy/sci fi telly choice) let’s do one of my all-time favourites – Red Dwarf. The best series beyond a shadow of a doubt of Red Dwarf is series 2. Yes it is – no you’re wrong it’s definitely 2. The thing is this, every other series has at least one stand out episode – yes even that series! But series 2 never drops the ball – not for a second and yes I know that Grant and Naylor became producers after this series which contributed to the next series looking slicker, but it never needed to look slick as far as I am concerned.  The sci fi elements thrown into the mix in this series are breath-taking, the writing is hilarious and the characters haven’t taken on that confident edge that happens later on, when they almost become caricatures of themselves. We have 6 episodes of the most quotable Dwarf and we have memory implants, rebelling robots, we have total immersion video games, we have time travel though stasis leaks, we have a parallel universe and we have a triple fried egg sarnie with chili sauce and chutney. How can you top that? 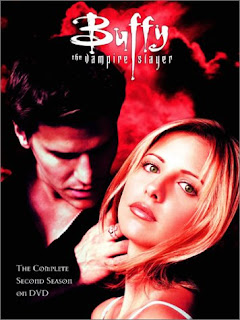 💓3) If you have the above argument it will likely spill over into other televisions series – the answer is almost always series 2 for example – Buffy The Vampire Slayer – season 2 is utterly the best series, the heartbreak of Angels defection can still stir me auld heartstrings. “Passion” – the episode that just about broke my heart and then “I Only Have Eyes For You” which did in fact shatter it. Then the rollercoaster of ‘Becoming” parts 1 and 2 – to be honest I still don’t think I’m over it! 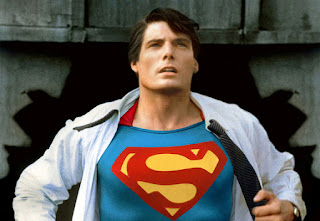 💓4) Which Superhero would win in a fight – give 2 examples.  My least favourite question, but I would say if Superman is listed it would have to be him – no cheating and adding Kryptonite that is outside of the rules.  But right, I’d want Batman to win.  Horrid question but happens often – form a defence and stick with it is my advice!

💓5) Who is the most attractive comic book character? It’s Johnny Alpha. Look. 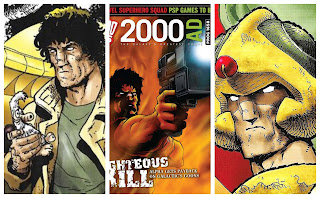 Ok so here’s five topics to get our teeth into a really good fight, I’m looking forward to it and I say to you all right now – “I'm  with Rowdy Yates block,  who you with?”